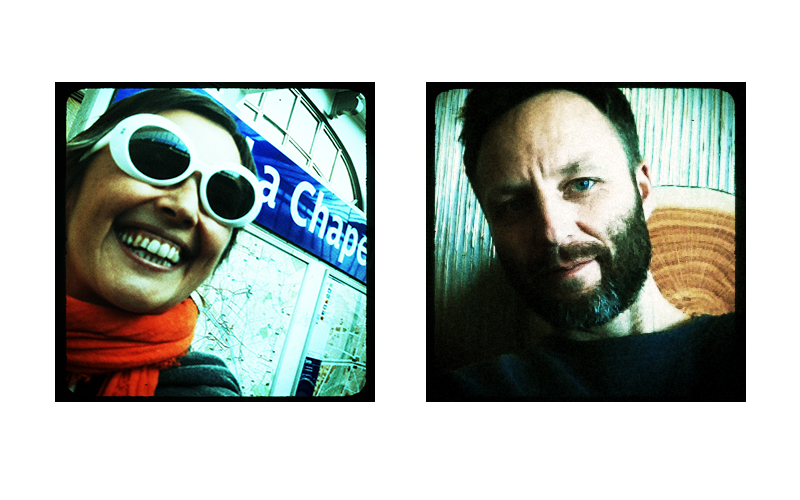 Italian photographer Francesca Casciarri and Norwegian photographer Eirik Linder Aspelund first met at Magnum Photos in Paris as interns in 2001. Since 2004 they are signing their photographic works together with the acronym Calias.

Calias work primarily in the field of social documentary photography and their latest project "We are Oslo" about identity and diversity in Oslo, was launched in autumn 2017 after two years of work. Since 2007 they have been working on a long term project about water conflicts, with a special focus on the consequences of big dams on people and environment. This project, entitled "DamAge", has lead to collaborations with organizations like UNESCO, International Rivers, New Water Culture Foundation (FNCA), the Association for International Water Studies (FIVAS) and the Norwegian Institute for Water Research (NIVA).

In 2013 Calias entered the world of cinema creating backstage documentaries as well as stills photography in feature films. Among the films where they have collaborated it's worth mentioning the awardwinning film Anime Nere (Black Souls), by director Francesco Munzi, in competition at the 2014 Venice Film Festival. For this film Francesca was awarded the special prize "Best actors portrait" in the italian cinema photographers awards "CliCiak" in 2014, as well as the "Best portfolio" award in 2016 for the film La Fuga by director Sandra Vannucchi.

Calias have exhibited their works in the Museum of Contemporary Art (MACRO) in Rome, the Barcelona Maritime Museum, the Bassin de la Villette in Paris, the Oslo Museum, the Centro Cultural Tlatelolco in Mexico DF, the Italian Institute of Culture in Beijing and the French Cultural Center of Khartoum to name a few. Their reportages have been published in magazines and newspapers in numerous european countries.

Francesca completed her university degree in social geography before dedicating herself to photography, while Eirik attended the Oslo Photo Art School before leaving for Paris with a grant from the Norwegian Photographer Association.